Human Rights Watch (HRW) released a report on Monday that gives great support to our vision of a Russian Christian Foster Home. HRW conducted over 200 interviews with current and former orphanage workers, as well as parents in 10 orphanages of six different regions within Russia. 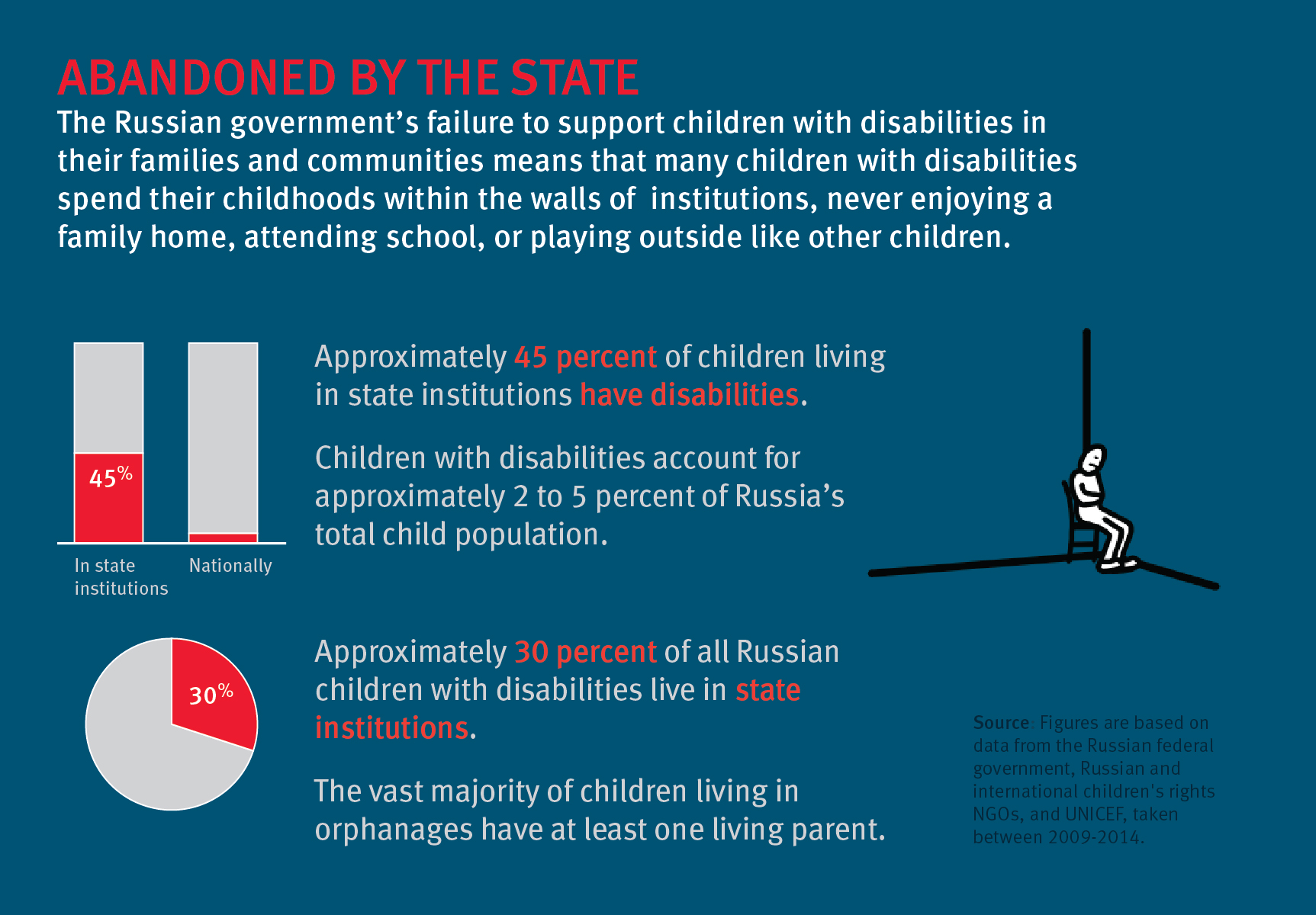 The Russian government should create a time-bound plan to end institutionalization of children, Human Rights Watch said. Placing children in state care should be only for the short-term and in very limited circumstances that serve the best interest of the child and comply with international human rights law. The government should also provide social support and services to families to help them raise children with disabilities at home.

It’s our hope that our first Russian Christian Foster Home will be the beginning of a movement within a community, where people will have the opportunity to interact with former orphans, stigmas will be broken, and more people will get involved in orphan care ministries, as well as adoption and fostering.

You can check out the full report HRW report HERE or their “easy to read version” HERE.