What if we took God seriously? 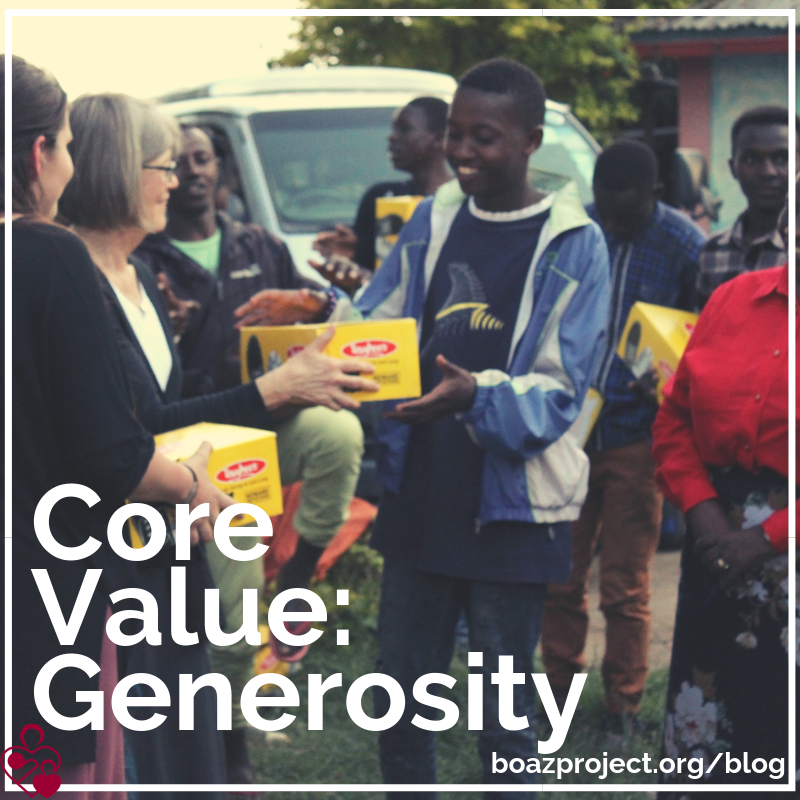 As my vehicle pulled up to the facility, I noticed the Soviet structure sagged from wear and almost boasted of its distinct odor. I braced myself for what I may see on this first visit to this orphanage for school-aged children.

Once inside, I was escorted by a stiff guard to the director’s office. Sternly, the director glanced at me above her reading glasses, but didn’t speak.

The woman glanced at my interpreter and friend, Svetlana, as if she should have prevented this foreigner from distracting her from the papers on her desk, and sighed.

“May I speak with you for just a moment?” I asked sheepishly.

Without waiting for interpretation, the director waved her hand, motioning for us to sit down at the table before her. The gesture was at once both an invitation to enter and a brush off.

I had barely begun explaining that I came bearing gifts from friends in America when another suited woman peeked around the corner and interrupted me. I understood that someone was here and coming to the office.

With another sigh, the director pulled the glasses from her head and nodded that entrance had been granted.

Two children, identical in appearance, turned the corner. I could not determine their gender, but guessed them to be around seven years of age. They wore coats which looked warm, but worn.

“Your names,” demanded the director.

The children stared, frozen in fear.

“Your names!” she repeated more loudly.

The children blinked, but did not even cast glances at one another.

“You must give me your names!” the director yelled as she rose from her desk.

Girls, I deduced. I wondered if they had come from home or another orphanage. I imagined how they must be feeling either way. I blinked back the water swelling in my eyes.

“Ah, Ola, and…” the militant director waited for the second to answer. But the girl, gripped by fear, remained silent.

As Ola opened her mouth to answer for her twin, she was cut off, “Your sister must learn to speak for herself. Does she not understand Russian? I have asked for your names. If you don’t learn to speak for yourselves, you will not survive here. Now, young lady, I am asking for the last time, what is your name?”

The stunned child remained stoic faced as a tear trickled down her right cheek, “Nastya,” she answered at last.

I realized the director, not knowing I had lived in Russia for two years, likely had assumed I didn’t understand the conversation. But even if I hadn’t, her tone would have exposed her.

A few more details were discussed, the stout director waving her arms and raising her voice. I sat stunned, scheming how I could possibly escape and take the frightened girls with me. But the brutal reality broke through my imaginings. The twins were there to stay.

Throughout those early years, encounters like this one became commonplace as I navigated the hidden world of Russia’s orphans. Mistreatment was routine; abuse, familiar.

In one orphanage in Russia’s Far East, I saw teenage boys beaten and then stripped naked for a week because they had run away. I noticed children locked in isolation, fed through a tiny, barred window. I found evidence of girls as young as 11 being preyed upon from within and outside the orphanage.

In another, I heard a director referring to the children in her institution as “society’s refuse.” This was her defense for their maltreatment. Justification for her cruelty.

These barbarities were the things that happened in my presence. I shuddered to think of the horrors that took place in my absence.

The system had effectively gagged those who uncovered the truth. Speak up, and risk being denied entrance to the orphanages, perhaps to the country.

Confident that authorities would look the other way if confronted, I decided to stay silent so I could continue to visit the children…and even bring others with me. If we were kicked out, who would share the hope of Christ with them? Who would tell them they are precious, unique, beautiful? Who will tell them about their heavenly Father who adores them…so much so that He knows the number of hairs on their heads?

But in reality, I felt powerless against the formidable governing system.

Inside, I started to tussle with God. Doesn’t the Bible say He is the orphans’ defender? Then where was He?

While wrestling through these issues, I found in Is. 1:17 another command to care for the orphan, “learn to do right! Seek justice, encourage the oppressed. Defend the cause of the fatherless, plead the case of the widow.”

Much like a mother asking her son to clean his room, God needs little justification for asking us to care for orphans beyond, “Because I said so.” After all, He is God, and we are not.

I began to wonder, “What would it look like if we—all of us who are called by His name—were to take Him seriously in this? What if we all cared for an orphan? What if we adopted or supported those who do? What if we visited orphans? What if we gave generously? What if we defended their cause?

I imagine it would be a different world, one where orphans would not fret over their next meals or go without medical care. It would be a place where children would be able to trust that they were lovable and that they were loved. In this world where the church is obedient, the fatherless would be introduced to their heavenly Father.

That’s when I realized my frustrations and anger were misdirected. God had not left these children. We, His church, had.

God has a plan for reaching orphans, and it includes you and me. The question is: will we obey?

*This article is the ninth and final in a series covering each of The Boaz Project’s core values. This month’s core value is “God calls His children to care for orphans.”– James 1:27, Is. 1:17