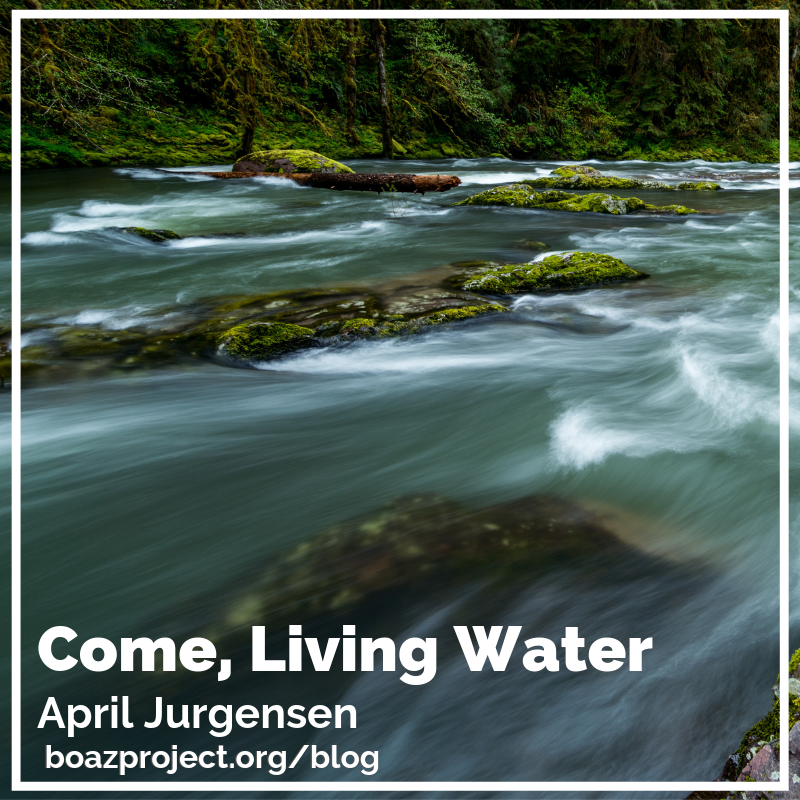 We’ve come to expect it every time we travel to India. It’s usually on day three, though we’ve heard it as early as day two or as late as day four. At some point in this window, one of our new short-termers will comment on the disparity, the contrasts that compose the Indian culture.

The modern Google facility hosts grazing cows in its front yard. A man on the latest iPhone interrupts his conversation long enough to leave his laundry with a street vendor whose iron is heated with coal. Beggars lie just outside the gates of opulent residences. India is a land where varying eras, economies, and religions collide.

The Ganges River in the country’s north embodies this kind of contrast. Hindus worship the waterway as a goddess, believing she can wash away sins. Those who die in her waters are believed to escape the cycle of reincarnation.

Yet, as the icy river courses away from its pure source and down the mountains, it is polluted with three billion liters of untreated sewage—each day! It contains the dead of five categories of people who Hindus believe cannot be cremated: holy men, pregnant women, children under 5, those bitten by snakes, and lepers.

The site of Hindu pilgrimage, the Ganges contains 3,000 times the amount of fecal matter that is considered safe for bathing. But it is the only water source for 400 million people.

What’s more, the “sacred” water is bottled and sold for drink.

It may be hard for us to understand this reverence for—or even worship of—a body of water. But John chapter 5 tells us about Jews who had similar beliefs regarding a pool in Bethesda. John says us that the disabled used to lie around this pool, attempting to be the first to enter its waters when it stirred. They believed it could heal the lame, the blind, the paralyzed.

When Jesus met a man who’d been paralyzed for 38 years by Bethesda’s edge, He told him to pick up his mat and walk. The man did just that.

It’s a remarkable story, this miraculous healing. But only recently did I consider its context.

I don’t think it’s an accident that John records this healing between two accounts in which Jesus claimed to offer “living water.”

In John 4, we read the well-known account of the Samaritan woman at the well. She was a woman who most would have expected Jesus to avoid because of race, gender, and lifestyle. Jesus, however, engages her in conversation and even asks her to draw some water for Him. He then both confronts her regarding her sin and tells her that He offers living water that truly quenches thirst.

John 7 quotes Jesus promising rivers of living water which will flow in those who believe in Him.

Sandwiched between these two claims Jesus made, offering life-giving water, is a poolside miracle.

Why is this context significant? I think it underscores the truth that Jesus alone is the living water.

While the Samaritan woman sought to quench a physical thirst, Jesus lifted her eyes to an eternally satisfying, soul-quenching salvation.

While the lame lay poolside, placing their hopes of physical restoration in a particular water, Jesus didn’t help the man get to the water. He didn’t scoop the treasured Bethesda water up and take it to the man. He served the purpose that was expected from the water. He did the healing. And it wasn’t merely physical. He gave the man spiritual restoration and life.

These precursors were to help Jesus’ followers understand the proclamation He would make a short time later to a hostile crowd, “Let anyone who is thirsty come to me and drink.  Whoever believes in me, as Scripture has said, rivers of living water will flow from within them.” John 7:37-38.

Don’t put your faith in them for one more day. Jesus alone cleanses, brings healing, and quenches thirst. Immerse yourself in Him!

This month, as you pray for The Boaz Project, please lift the following requests and praises: