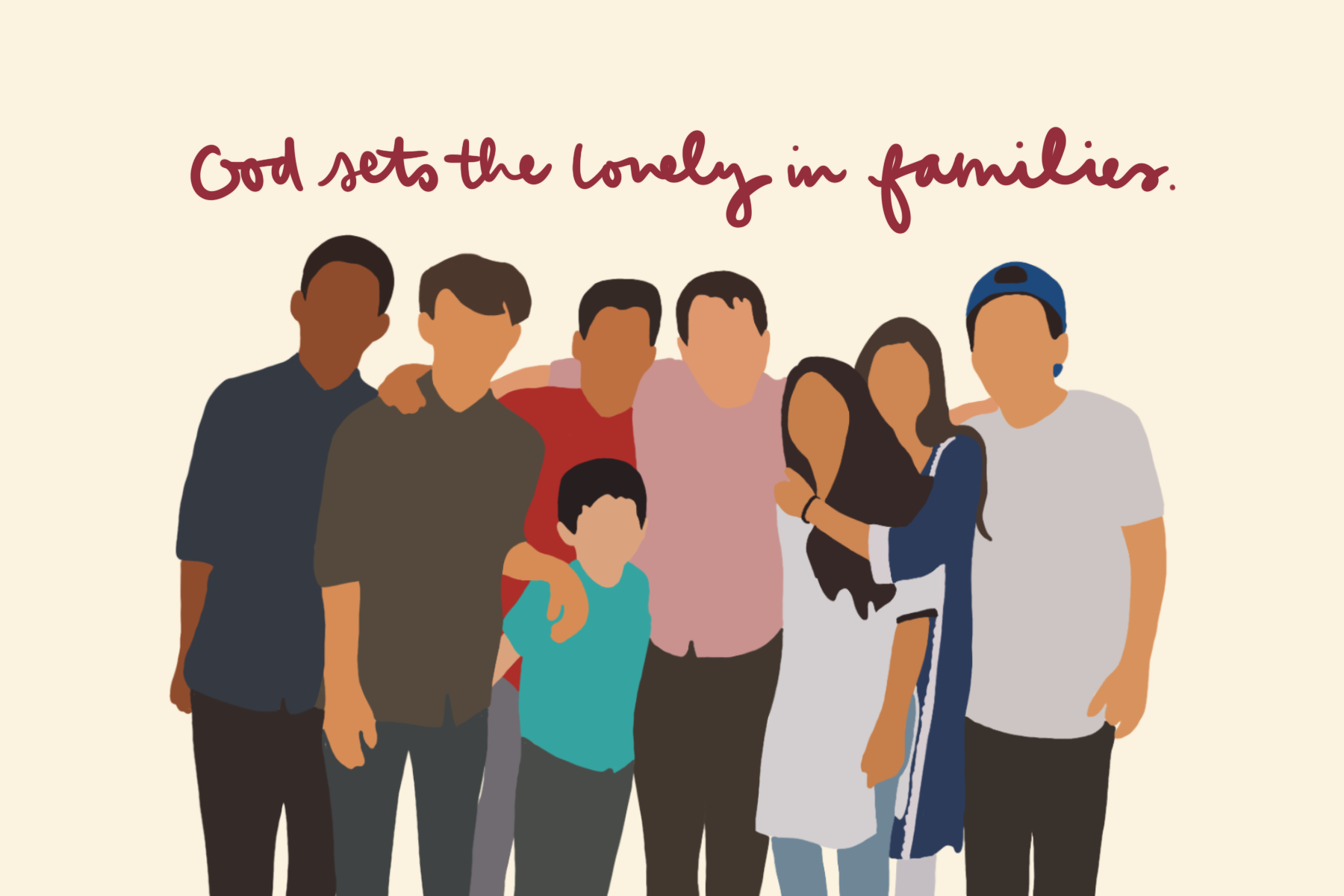 “A father to the fatherless, a defender of widows,
is God in his holy dwelling.
God sets the lonely in families,”  Psalm 68:5-6a

I always marvel that God sent His Son to earth as a tiny babe.

It wasn’t enough that he took on the form—and limitations—of a man. I mean, couldn’t He have just appeared somewhere, full-grown, and started His ministry by calling His disciples?

That would have certainly been a tremendous step down for the One who created the universe.

But for some reason, God saw fit to reduce Himself not only to our earthly form, but that at its most fragile and defenseless. He became an infant.

He allowed Himself to be dependent upon mere humans.

When He waited for Mary to feed Him, do you think He remembered His ability to speak light into being? As He was learning to walk on wobbly toddler legs, do you suppose He wanted to tell His parents He was the One who had parted the Red Sea for their ancestors? As He learned to speak Hebrew, was He reflecting on the Tower of Babble He’d brought down?

The Mighty One became a baby for us.

I’m certain that God—in His wisdom—had no shortage of reasons for sending His Son as a wee One. Perhaps a few of them are:

Family. The omnipotent One had parents. And one of those was a step-father!

He also had siblings. Now, that takes the idea of sibling rivalry to a whole new place. How do you keep up with the guy who changes water into wine?

But to empathize with the human experience, He had to experience family—the attachment, the frustration, the memories, the comfort, the pain, the competition, the shared history, the traditions, the expectations, the lessons of family.

Because ever since God created a man and then gave him a wife, there has been family. And by choosing the way humans reproduce, God ordained the family as the place where children grow up.

There were no orphanages in the Garden of Eden.

Parents didn’t die prior to the Fall.

In a world before sin, children were kept and loved and nurtured. They were raised in a family where they were safe and healthy and encouraged to reach their potentials.

This is why The Boaz Project strives to replicate an environment as close to the family as possible for the orphans we reach.

We recognize that—because sin is ever-present in our world—orphans are a reality. And, sadly, they will not all get adopted. So our job in every situation is to try to move a child from his current situation to one that more closely resembles the family God intended.

Because God is a Father to the fatherless, and we are their brothers and sisters.

Check out this short video from our Founder/Executive Director for an overview of why we believe in the importance of family:

This month, as you pray for the Boaz Project, please remember the following requests:

*This article is part of a series covering each of The Boaz Project’s core values. This month’s core value is “God designed the family and desires that everyone know the love and acceptance it offers.”—Ps. 68:5-6a.