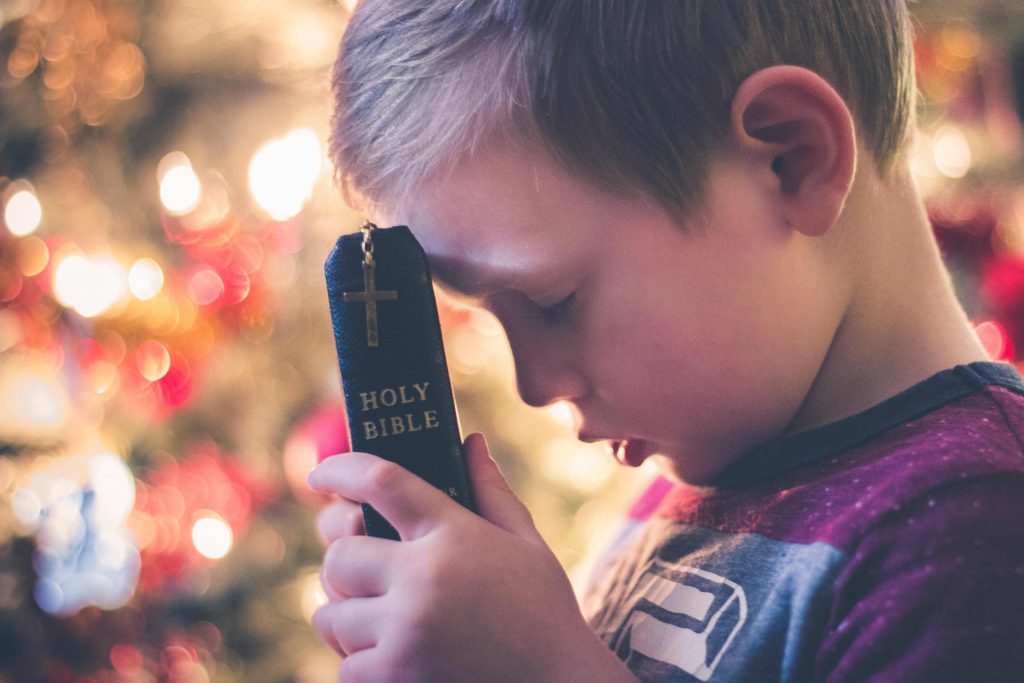 Lead us not into temptation, but deliver us from evil

It was during the early days of The Boaz Project. I found myself in a Russian preschool orphanage, conversing with staff and learning all I could. As we were wading through a sea of toddlers to head toward the door, a little girl caught my eye. I patted her head and smiled as I walked by.

The caregiver in the room noticed and smiled in reciprocation.

“Her mother is a prostitute,” the slender, dark-haired caregiver volunteered. “She has six older siblings. Each time her mother gets pregnant, she drops the child off here. She doesn’t visit or write or call. Then she comes for them when they turn four.”

My mind immediately ran to all this mother was missing out on. She didn’t see her children for their first four years! She misses their first steps, their first words, their discovery of the world around them.

Of course, she missed out on sleepless nights, too. But that meant she wasn’t able to be the one they learned to trust. The one they looked to for help or protection. The one who could heal boo boos with kisses or calm fears just by holding them.

But then my mind came back to the second part of the scenario. She returns when they are four. Why would she do that?

I wanted to hope I didn’t know. I wanted to believe she just felt incompetent at caring for a child in her earliest years, but wanted to be with her as she grew. But I feared the truth was not so generous.

I returned my eyes to the caregiver’s wide brown ones. She nodded sadly as if to say, “Yes. That’s right. By age four, she can begin earning an income from them.”

My face must have revealed the horror in my thoughts.

“We can do nothing,” the caregiver answered my contemplations. “She retains all legal rights to her children.”

It is in the midst of scenarios like this one, where children are headed into an unspeakable world of evil—or sometimes recently removed from it—that we teach the children to pray, saying, “Lead us not into temptation, but deliver us from evil.”

Sometimes, when orphans are old enough to understand the moral implications of things they’ve endured, they are overcome with guilt. We must assure them that, as children, they were not the ones in the wrong. They were victims of sin.

But to ask for deliverance from evil? Orphans can plead with a sense of urgency for all that is done in darkness to come to a halt. They want the torture and the traumatizing memories silenced. They want release from the hold of shame.

Over the years, orphans have imparted a bit of this urgency to me. Because—in light of God’s holiness—shouldn’t we all feel the same way? Shouldn’t we feel remorse over our wrong doing and long with heartache for deliverance from whatever evil we’ve known or partaken?

Shouldn’t we be soberly sincere in our repentance and desperate in our need for rescue? Shouldn’t our request to be kept from temptation and evil be an impassioned plea?

But orphans have also vividly portrayed another side of sin—its gripping tentacles that resist release.

When a child has known little other than exploit and violence, she often returns to those very things—even into adulthood. The things that she hates, the things that hurt, the things that rob her security and worth. These are the habits she maintains.

We may list the rules for her. We can list the damages done to her and others. We can assure her that she is more valuable than the behavior she has come to accept. But breaking sin’s grip requires more than our words, more than her desire.

Even the apostle Paul wrestled with this. He says in Romans 7:19, “For I do not do the good I want to do, but the evil I do not want to do—this I keep on doing.”  (NIV)

It’s tempting to read this and conclude that—if the apostle Paul couldn’t beat temptation, I certainly never will! But don’t give up so fast. Keep reading. He follows with this, taken from Romans 7:21-25.

So I find this law at work: Although I want to do good, evil is right there with me. For in my inner being I delight in God’s law; but I see another law at work in me, waging war against the law of my mind and making me a prisoner of the law of sin at work within me. What a wretched man I am! Who will rescue me from this body that is subject to death? Thanks be to God, who delivers me through Jesus Christ our Lord!

Our deliverance exists. It is not a pipe dream to believe that we can be rescued from the sin that “so easily entangles” us. We do not have to submit to sin’s fierce hold or wave a flag of surrender.

Our deliverer is Christ Jesus our Lord, and He is capable of breaking every chain, of freeing us from every form of bondage and slavery.

We may have to yield sin to Him every day. Or even every hour! But God honors the heart that prays, asking, “Lead me not into temptation, but deliver me from evil.”

May we learn from orphans and pray likewise, that we would not be lead into temptation, but delivered from evil. May we carry in our hearts a desperate plea for release from the things that hold us bound, and may we ask God to free us from those sins we’ve made habits.

*This article is the sixth in a series walking through The Lord’s Prayer from an orphan’s perspective.