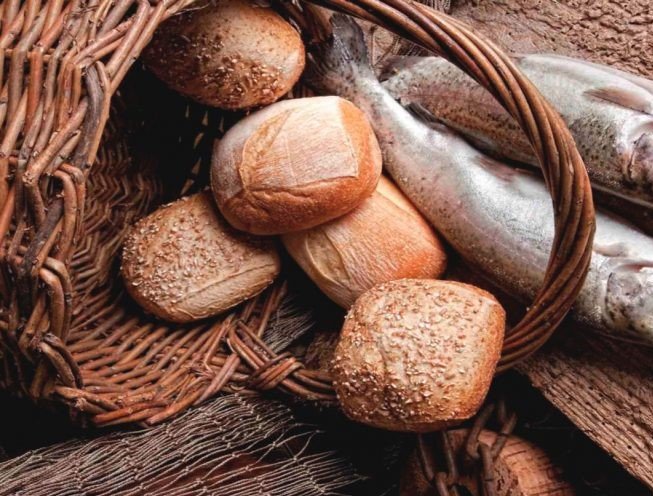 Not only does God answer every prayer, but quite often, He answers with more than enough!

Have you ever wondered why we’re called The Boaz Project?

We’re named after the Biblical character Boaz from the Book of Ruth. He was Ruth’s kinsman-Redeemer, a foreshadow of Christ, who redeemed those who believe in Him. Boaz not only provided for Ruth’s physical needs, but he also brought her into the lineage of Christ. In the same way, we hope to care for orphans’ physical needs and bring them into Christ’s family.

The Book of Ruth is a beautiful story in which Boaz displays the character and plays the role of the long-awaited Messiah.

The super-condensed version of the story opens something like this: A woman named Naomi is living in a foreign land when her husband and both sons die, leaving her destitute. She decides to return to Israel, her homeland, and one of her daughters-in-law, Ruth, commits to going with her.

Once in Israel, Ruth takes advantage of an Israelite code that allows the poor, the widow, and the orphan to glean what is left in a field after the harvest. She finds the field of a wealthy and benevolent landowner named Boaz and requests permission to glean there.

Boaz responds by going far above and beyond what was required of him by Jewish law.

Boaz is kind to Ruth, ensuring she is safe and able to glean plenty for herself and her mother-in-law. He offers her a meal and fills her plate so full that she has leftovers to take home to Naomi.

Not only that, but he also actually tells his workers to intentionally pick and drop stalks of barley for Ruth to gather easily! With this assistance, Ruth gleans a full ephah of barley her first day on the job…an amount that would take the average man two weeks to glean!

Boaz  responded to Ruth’s plea for help with more than enough. This lavish generosity is just one of his flesh-and-blood examples of God’s character.

Where else in Scripture do we see God providing more than enough?

One example found in II Kings 4: 1-7 tells the story of a widow who has only enough oil for one more meal for her son and herself. She anticipated having one last meal together and then dying of starvation. But when a prophet of God tells her to gather as many jars as she can and start pouring the oil, it never ran out until EVERY jar was full!

This widow didn’t just get enough food for the day. Rather, after obeying the word of the Lord, she was able to sell oil, pay off her debts, and live on the remaining proceeds!

Or look at Luke 5: 1-7. Here, Jesus gets in a boat with some of His fisherman friends. They’d been on the water all night, but hadn’t gotten a single fish in their nets. He instructs them to lower the net on the other side of the boat, and it is suddenly so teeming with fish that it begins to tear. They call on another boat to help with the load, and both boats nearly sink under the weight of their catch.

Lastly, consider Matt. 14: 13-21. Here, Jesus takes the five dinner rolls and two fish and multiplies them in order to feed 5,000 men plus the women and children who were listening to Jesus teach.

But that wasn’t miraculous enough for our Lord. He made sure there were 12 baskets of food left over.

Can you think of other Biblical examples of God providing more than enough?

Can you think of an example in your own life when God provided more than enough?

This month, as you pray for The Boaz Project:

1) Thank God for the many times we see Him provide more than enough for the orphans in our care.

2) Plead with God for protection from Covid for the orphans and house parents we serve, as the virus spreads quickly in close quarters.

3) Express gratitude for the new members of the Boaz family of support that came to us via May’s Dessert with Boaz.

A full Bible study on the Book of Ruth is part of our newly-released Orphan Advocate Training. If you’re interested in learning more about this self-guided course, contact Cathy Long at Cathy@boazproject.org for more information.

Can you think of other Biblical examples of God providing more than enough?

Can you think of an example in your own life when God provided more than enough?