The House Where Christians Live 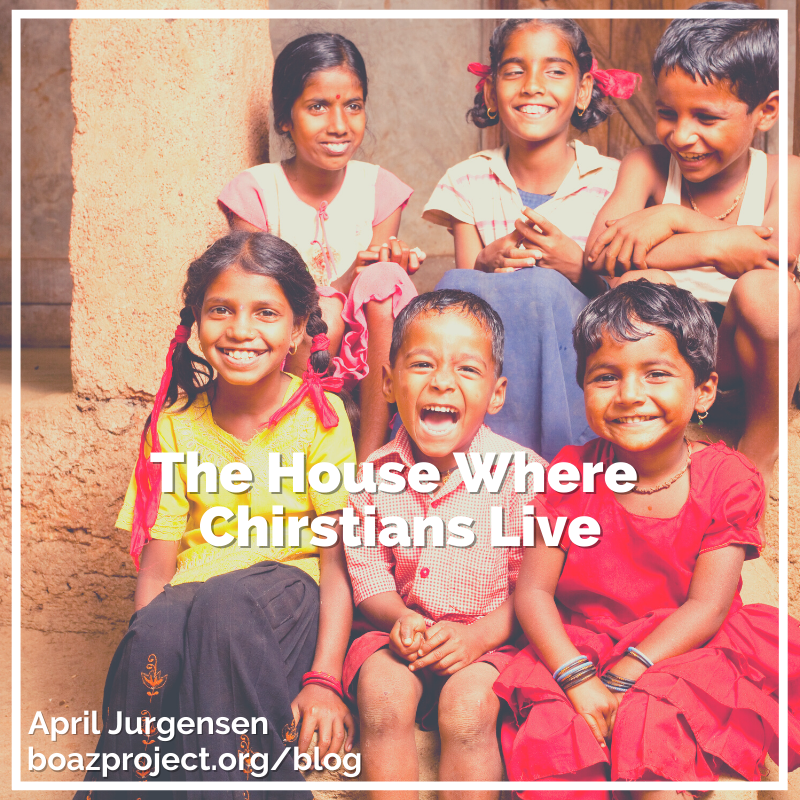 “I have introduced these children to the love of Christ, and they have taught me more about my Heavenly Father than I understood before,” said Pastor Christopher of the orphans in his care.

When Christopher was still a boy, he knew that God was calling him into ministry. He said he always knew he’d be a pastor, trying to model the love of Christ to his Hindu neighbors. But his ministry to orphans caught him by surprise.

He had planted a church in the slums of Bangalore. Every day as he walked to the church, visited neighbors, and evangelized, he came across children on the streets. He saw that they were without food, education, or parental love, and his heart began to break for them.

So he prayed and asked God for guidance. What could he do for these children? He knew God loved them and wanted them to know security and love.

While he was praying earnestly for these children on the streets, an elderly woman knocked at his door. She was holding a day-old baby.

She explained to Christopher and his wife, Janani, that the baby was her granddaughter.

Her daughter had gotten pregnant out of wedlock and was very ashamed. She had tried to hide the pregnancy and never spoke of it, but her mother recognized the signs.

One day, the mother noticed her daughter was no longer pregnant, but she didn’t see the baby. So the grandmother went looking for the child. She eventually found her in a garbage dump several streets away from their home.

Now that she had discovered the baby, she didn’t know what to do with her. She was unable to care for her and feared her daughter would kill her if she brought her home. She knew this was the home where the Christians lived, so she thought perhaps they would take the baby. She pleaded with them to do so.

As Christopher told the story, he said he and Janani didn’t have to pray before answering her. They had already been praying! This, they knew, was God answering. They named the baby Epsibah and committed to raising her alongside their own daughters.

This lavish love became a spectacle of sorts within the community, and from then on, when a child was orphaned or abandoned, he was brought to “the home where Christians lived.”

In June of 2009, The Boaz Project met and began partnering with Pastor Christopher and Janani. Impressed by their commitment to loving these children from the streets as their own, we wanted to help them reach even more children with God’s love.

Today, Pastor Christopher and Janani are devoted to a household full of children God has brought to them, and they love each one as a unique and precious child of God. They said cannot imagine being without even one of them.

In addition to loving the children, Pastor Christopher is grateful for all God has taught him through them. Waiting on God for the provisions necessary to care for all of them has increased his faith, and he’s been touched by God’s heart and compassion for orphans.

And we can all learn from Pastor Christopher and Janani’s extravagant expression of Christ’s love. Oh, for all of our homes to be known as “the house where Christians live!”