When Easter is not in Retrospect 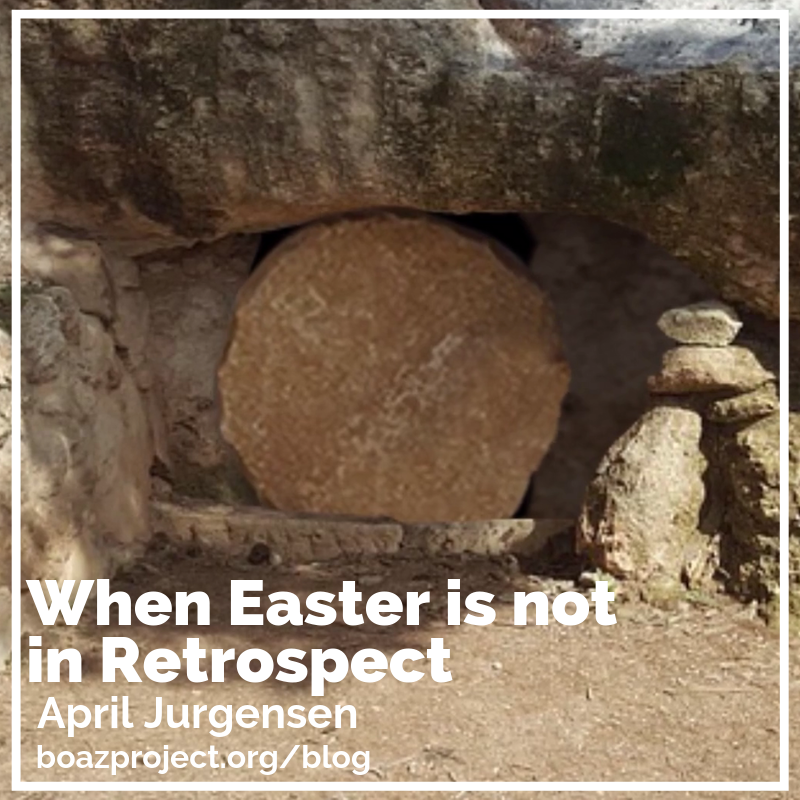 With Easter behind us on the calendar, it’s easy to move on to other events and projects. The sacrifices of Lent are completed (whether or not successfully), the ham has been eaten, and the celebration has concluded. We’ve returned from family gatherings and our pants fit a little more tightly after indulging in bunny-shaped chocolates and a carb-laden dinner.

For us, Easter is in retrospect. Even when we woke up that Sunday morning last month, we knew that our God had defeated death. We had confidence that our death had been defeated, too! We celebrated with conviction that through Christ, our lives have meaning and our sovereign God is in control.

But for the earliest church members, the days following the resurrection were actually a slow unfolding of a mystery. “Was He the Messiah or not?” many still wondered. They had not yet caught wind of sightings by the grave or the folded linens left behind.

Mary Magdelene was the first to insist the story wasn’t over. She’d visited Christ’s tomb that original Easter morning, only to find His body was missing. She didn’t start the party, though. She assumed robbers had taken the remnants of her Lord.

Peter and John confirmed the tomb was empty, but as John recorded in verse 9 of the 20th chapter of the gospel by his name, “They still did not understand from Scripture that Jesus had to rise from the dead” (New International Version).

Peter and John rushed back to meet with the other disciples, no doubt to share the news that Jesus’ body was nowhere to be found.

Mary Magdelene remained by the large stone which had been rolled from the tomb’s entrance and wept. This is when the angels offered the first hint that something much more noteworthy than grave robbers was afoot. While she was still staring, mouth agape, at the angels, Jesus Himself appeared to her. So convinced that death was final, Mary mistook the Messiah for a gardener. When she realized it was Jesus, she took off to tell His followers, “I have seen the Lord!”

The word of a woman wasn’t worth much at that time. Many probably assumed she’d had a lack-of-sleep-induced hallucination.

But as the day wore on, another sighting was reported.

The disciples claimed Jesus appeared to them in a locked room. But who could trust the word of His followers? They may just be creating a narrative to ease their embarrassment from investing their lives in a man who had just endured a criminal’s death.

Yet news of a resurrection multiplied. Thomas—who, for some reason, was not with the other disciples when Jesus appeared to them—said he touched the holes in Christ’s side. Two men walked and talked with him on their way to Emmaus. Apparently, Jesus had even been seen making fish breakfast on the beach.

For forty days, Jesus was THE scuttlebutt of Jerusalem. Each day brought new testimony from those who’d heard Him preach on the Kingdom of God or new insight into the things He’d said years ago that finally made sense if, in fact, this carpenter had defeated death.

One by one, members of the early church began to believe that Jesus had actually risen from the dead. On the basis of so many who testified, they were convinced that He was the promised Messiah after all!

Some of the people you see today know their God has defeated death. They have confidence that their deaths have been defeated, too! Others may be in the process of slowly unfolding a mystery. They’ve caught wind of some who claim to have met Jesus and talked with Him, but—convinced that death is final—they’re not calling for a party just yet. They’re waiting for that reliable testimony.

As we pray for the lost this month, let’s ask God to give us opportunity and authenticity for sharing our testimony: that we know the risen Lord!

Please also remember the following praises and requests of The Boaz Project: 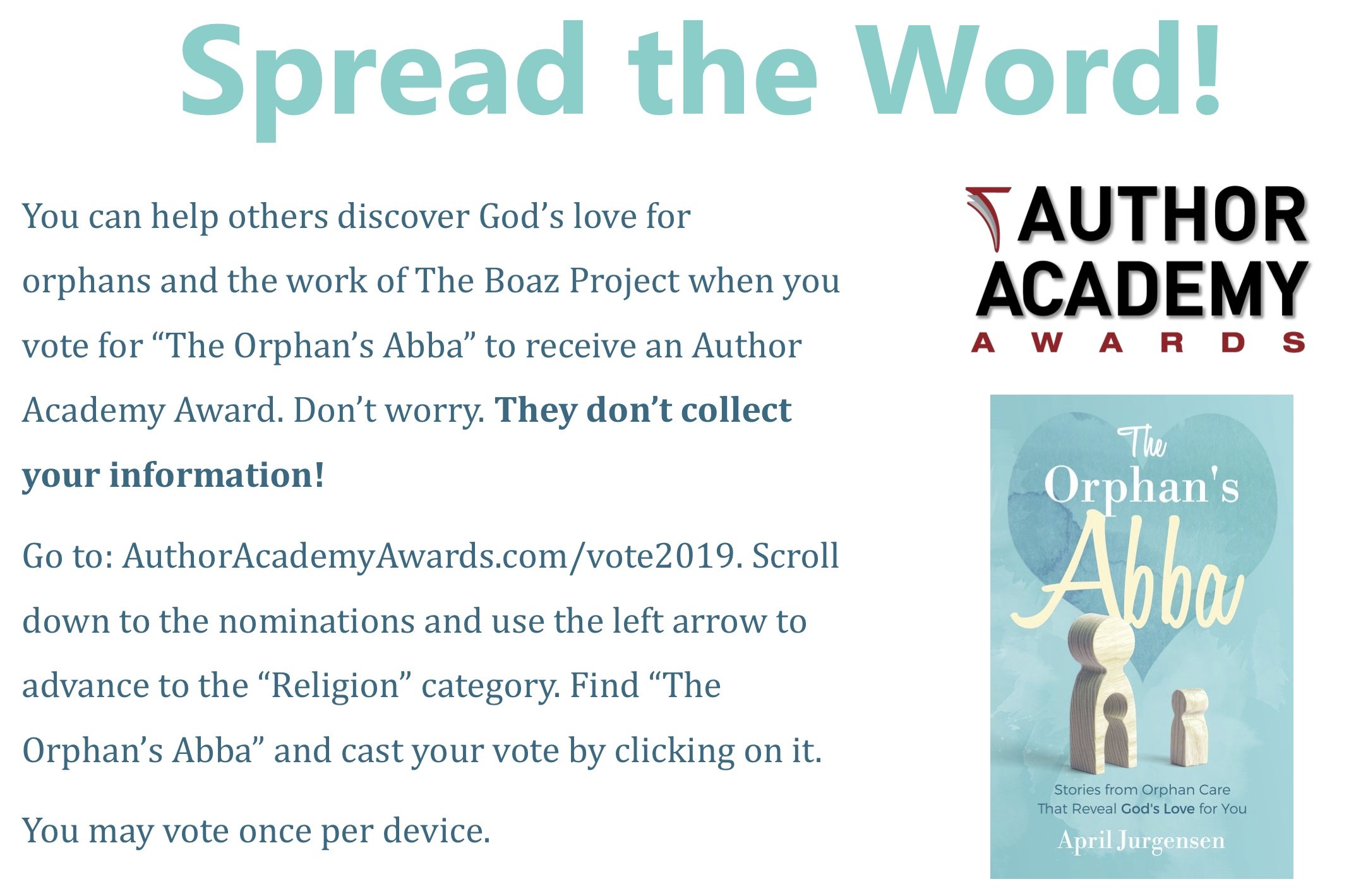