Your investment in generations to come

“An investment in knowledge pays the best interest” 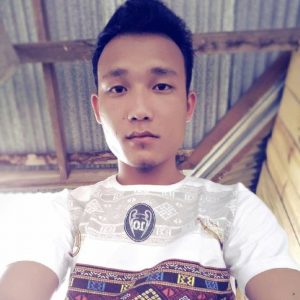 I wish I could introduce you to Peter.

His life started with such promise! He was born to two parents who loved one another and, though they were poor, were motivated to care for their only son.

But while Peter was still quite young, his father’s health took a drastic plunge. Almost overnight, he was no longer able to work. He became bedridden and could barely feed himself.

Uneducated, Peter’s mother could not find dependable work. Occasionally, she landed something as a day laborer, but the blessing would turn into a curse as she was then not available to care for her husband or son.

Day after day, the trade-off continued—earn a few rupees in harsh conditions or be available to tend to her family. Either way, hunger prevailed. When she went to work, Peter and his father could not prepare food and feed themselves. When she stayed home, there was no food to prepare.

It was a heart-wrenching decision, but the couple eventually decided to send their son to Agape Fellowship Home, where they had confidence he would get adequate food and education. In the meantime, he learned the truths of the Bible, too.

Over the years, Peter became able to understand this difficult choice his parents had made. To honor them, he worked hard at school, promising that one day, he would find good work and provide for them. He visited or called them when he was able and never lost sight of their plight.

Today, Peter is a man of his word. 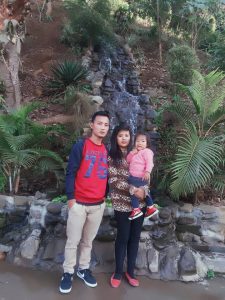 Now educated, Peter has returned to the town of his birth. Not only does he care for his parents, but he also has a wife and daughter, too!

Through Peter, the gift of an education changed the trajectory of generations.

You’ve heard it said that education is the key to breaking generational cycles of poverty. I personally believe there are a few critical, additional factors. But the power of education cannot be ignored.

Though I’ve seen no worldwide statistics, studies in individual countries around the globe tell us that 70-80% or orphans typically turn to prostitution. Why? They have no other means of supporting themselves—no marketable trade or degree.

I’m no researcher or statistician, but I have met 100’s if not 1,000’s of children gripped by poverty. And I have seen that—just as it did with Peter—education often makes the difference between sustained poverty and self-sustaining employment.

But for many of our caregivers, the cost of educating the children in their care is an outrageous load.

Currently, we have 120 children in Kenya and India who need educational sponsors willing to provide $140. These funds will underwrite their education (tuition, books, and uniform) for a whole year!

As you contemplate your year-end giving, please consider making an investment that could yield returns for generations to come by providing an education for a child in need. Your gift can be made at www.boazproject.org/education/

Thank you for your investment in changed lives!

P.S.—Your gift to educate a child must be received by midnight Dec. 31st for a 2017 tax credit.