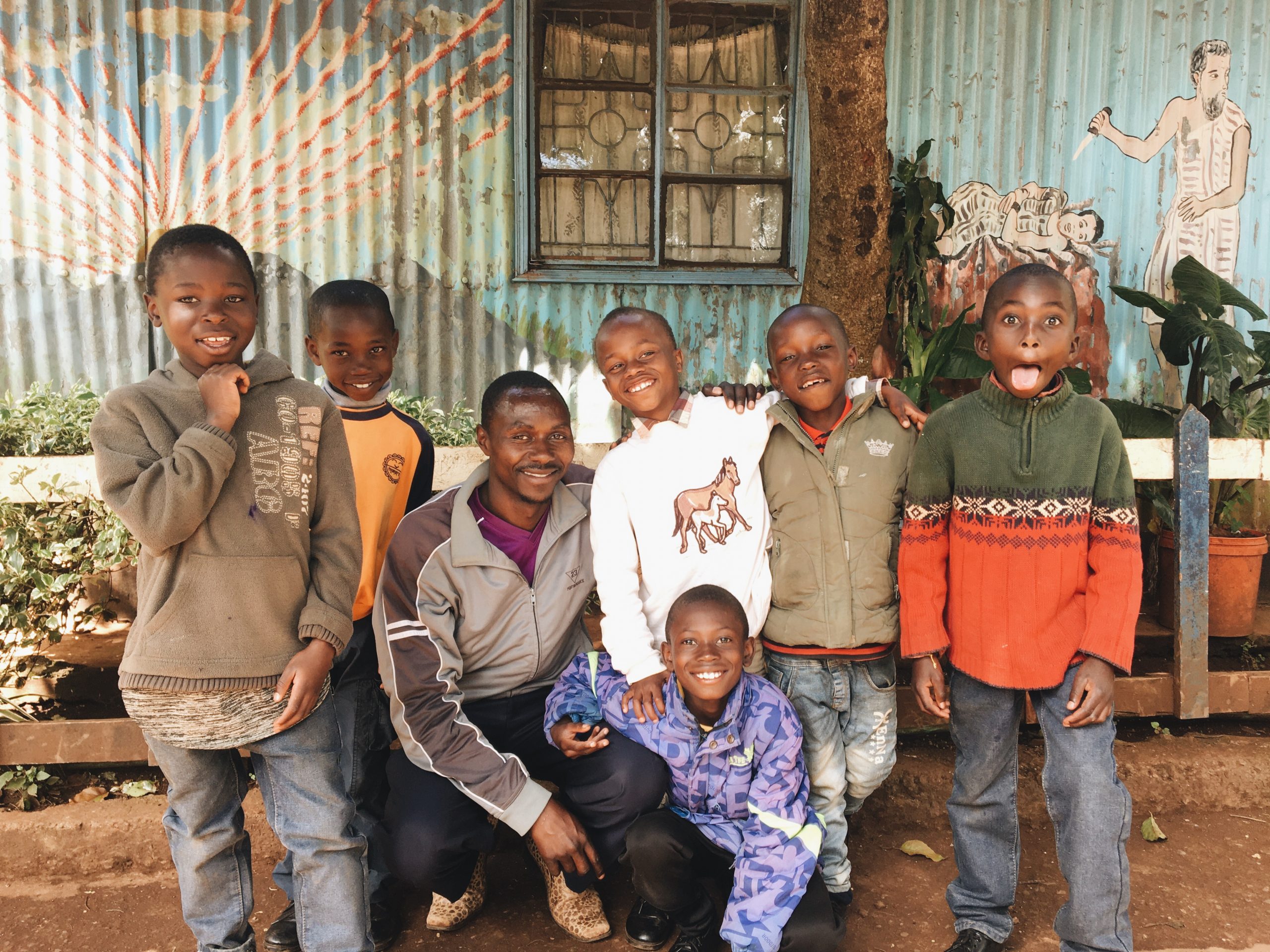 When Joel was growing up, his parents struggled financially and were unable to pay his school fees. Joel shares that “a good Samaritan” came into his life and supported him through primary and secondary education. He was amazed by this generosity and made a vow to God that he would dedicate his life to supporting needy children in his community.

Upon completing his college education, Joel learned of a children’s home in search of a social worker to care for the boys residing there. Remembering his vow, Joel applied for the position.

Since then, Joel has faithfully served as the house father at El Shaddai Children’s Center, raising the boys as his own and imparting the truth of the Gospel to them. Joel lives and works full-time at El Shaddai with his wife and two daughters.

One of the most admirable things about Joel is that he leads by example. During trips to Kenya, you will always find Joel joining in on games, lessons, and crafts. He loves to share experiences with the boys. It is clear that the boys trust Joel enough to follow him, from playing silly games to standing next to him in church and learning about Jesus together.

Joel is an intentional, committed father who truly desires for his boys to have the same opportunities he was afforded. Joel’s genuine love for the boys flows from his relationship with his Heavenly Father, whom he praises for every blessing in his life.

Living in His light,
Courtney Kraus
Director of Kenya Ministries