How to Kick Culture Shock in the Teeth 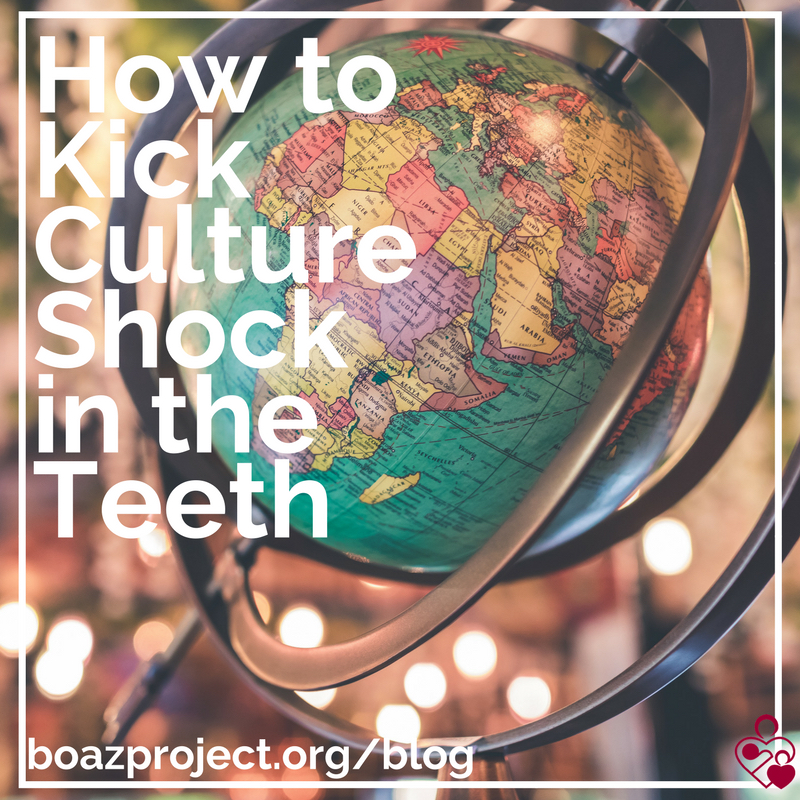 Culture shock—it’s a term we hear a lot in mission circles, travel communities and even educational settings. It can rock a person’s confidence to the core and cause a temporary kind of mental paralysis. But it doesn’t have to.

In this article, you’ll learn:

First, to beat culture shock, you really have to understand what it is. Scholars will tell you that culture shock is a psychological disorientation that stems from unfamiliar cues and unmet expectations in a new culture.

What does that mean? Basically, it means you feel like a fish out of water. The interesting thing is, a fish probably has no idea what water is…until he’s removed from it! Then suddenly he realizes his former environment is very different from this dry one. He never knew the atmosphere of air existed, but now he realizes just how different it is from water.

If you’ve never left your home culture, it’s the only environment you know. It’s hard to even imagine a world without the familiar, comforting “water” of home. But, armed with information and prayer, you can prepare for a new experience in what may feel like a whole new world.

What should you expect? The sensory overload experienced in a new culture can feel like taking an exam 24 hours a day or like a low voltage buzz that irritates and builds stress throughout the day. That basically means that your brain gets so overwhelmed processing new sights, sounds, and smells that it doesn’t have time to remember where you left your water bottle.

But don’t give up on that mission trip just yet! 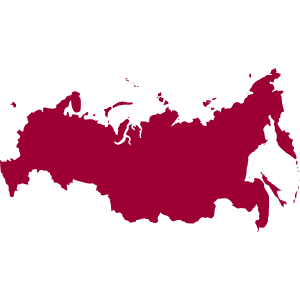 There are ways to pro-actively fight against the phenomenon known as culture shock.

1) To begin, take a hard look at yourself.

What are your personality traits that may bring you discomfort while traveling overseas? For example, if you like to stick to a pretty rigid schedule, eating meals at specified times, going for a run on your favorite path through the park and heading to bed just as the clock strikes 10:00 p.m., you might have a hard time being as flexible as foreign cultures often require.

Just acknowledge that up front. Realizing it could be a source of frustration helps you recognize quickly when your first dinner in-country isn’t served until 9:00 p.m. and you’re feeling cranky, that it could just be your preference for your own schedule. I know it sounds obvious now, but I promise: it helps.

Otherwise, when your brain is bombarded by so many fascinating new things, it doesn’t hit a wall and shut down, wondering why you feel out of control. Instead, it says, “Ah, yes. Hunger. We knew this was going to happen. You won’t starve. Just hang in there.”

2) Next, learn all you can about your host culture—before you go there.

Hit the internet and search your host country. Now, looking at tourist sites that pop up will be interesting, but they’re only mildly helpful. What you want to look for are “customs,” “traditions,” and “habits.”

Do you know anyone from the country? Or at least someone who’s been there? Ask them to go to coffee with you and then pick their brain. Ask questions like,

Not only will this help to mentally prepare you to enter your host culture, but it will also cause the person you ask to think you’re so cool and culturally sensitive for asking. What’s more, you’ll earn serious brownie points in your host culture when you act appropriately while you are there.

Because, let’s face it: it’s hard to listen to someone tell you about Jesus when he’s just acting like a clod.

3) Lastly, you want to learn as much as you can about your home culture.

I know, I know. You think you know your home culture. But this takes us back to the fish analogy. Your “water,” or home culture, is SO familiar that you don’t know how to describe it. Instead, imagine you are a fish having to describe living in water to a camel.

Do your best to find out how others perceive your culture. How would outsiders describe it? 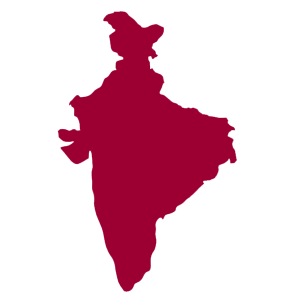 Most of us Americans know we have a reputation for being loud, haughty and obsessed with efficiency. If those are our labels, then we might anticipate that a good portion of the world is quieter, more humble, and less concerned with efficiency.

This would be a good opportunity to phone a friend. If you’re fortunate enough to know someone who has immigrated to the U.S., ask him or her to describe its culture. Give him permission to be frank, but realize he’ll likely be hesitant to do so. So you might take the lead by asking a question like, “Would you say that Americans—on the whole—are pretty loud?”

Just be sure to receive whatever feedback you get graciously.

If you don’t know anyone from outside your culture—or you’re just an overachiever and want to know more—watch “The Lost Boys of Sudan.” You’ll follow a group of young men as they flee war in Sudan and eventually attempt to acclimate to life in a suburb of Boston.

You’ll watch them flip a light switch for the first time and hear their bewildered comments on potato chips. Talk about seeing our own culture through different eyes!

Once you’ve gathered all this information about how others view your home culture, tuck it away in your brain. Then try your best to keep those perceptions in mind as you travel. Again, it will just help you logically process all the unfamiliar experiences so you can prevent the jolt of culture shock.

Ok. Having learned about yourself, your host culture and your home culture, you’re better prepared to board the plane. But what happens when you’re actually IN the culture you’ve been preparing to enter?

Well, most psychologists and missionaries would agree that there are five phases of culture shock. Let’s look at each of those.

When you first enter a culture, you will most likely be in the romantic phase. Everything seems quaint, and the euphoria of your new experiences blurs the cultural differences. You snap a lot of pictures of the women carrying water jugs on their heads or pulling their groceries behind them on a sled. It’s all so…different. And wonderful!

Thankfully, this phase typically lasts from 10-14 days. So you may not even be in the new culture long enough to move beyond this happy place. But sometimes short-term missions speed up the process when you’re serving the underprivileged in a society. So be prepared, because it may speed up your entrance into…

The new culture no longer fascinates you. The novelty has worn off and you begin wondering why people do things the way they do in this culture. Curiosity gives way to frustration. Feelings of irritation, anger, and helplessness join with fatigue to produce the classic symptoms of culture shock.

You may find yourself homesick or even a bit depressed.

This is the stage most people are referring to when they say, “I had some serious culture shock.” When you’re ready to pull your hair out—or at least request an earlier flight home—it is important to recognize culture shock for what it is and to reassure yourself that it will pass.

Fight the urge to hop on social media and surround yourself with a virtual version of home. You’re unlikely to successfully move through the disillusionment if you’re splitting your time with your home culture.

Plus, you’ll miss everything you came to see, do and learn.

Instead, you need to pray a lot and ask your team leader or another team member to pray for you. Also try to invest in a new friendship with someone from your host culture. Continuing to learn about the new culture can help assuage the feelings of unfamiliarity and confusion.

It helps to learn as many words as you can of the local language, too. That can help you feel a little more aware of what’s going on around you and empowered to communicate, even if in the simplest terms.

Thankfully, the disillusioned phase does eventually give way to…

If you stay in a culture long enough, you’ll get to the place where local ideas and practices don’t seem foreign any longer. Self-confidence returns and the extreme and frequent negative feelings subside.

In this phase, you’ve settled into your own routine in this new culture and probably developed a few friendships. Your palate is a bit more diverse and your disposition is a little sunnier.

And that leads way to…

It may take months or even years, but eventually you’ll enter the acceptance phase, where cultural differences are expected and understood. Humor returns and you are able to relax.

In this stage, you are able to feel quite at home in this second culture. Of course, you are still likely to miss loved ones or favorite comfort foods from home. But you function comfortably inside this “second home” and would miss it greatly, too, were you to ever leave.

But no matter how long you are away, you are bound to experience…

Upon re-entrance to your home culture, you’re certain to view it in a new way. Often the negatives seem exaggerated.

I’ll never forget my first trip to the mall after returning home from living in Russia for two years in the early 90’s. I remember being so overwhelmed by the lights, the people, the abundance of stuff, that I sat down on a bench and cried. I couldn’t even remember what I had gone there for in the first place.

Re-adjusting to home took some time and patience. Everyone seemed so materialistic and relationships felt so surfacy. But just as I had adjusted to life in Russia, I eventually adjusted back to life in the U.S.

Now, I’m at home in either culture. 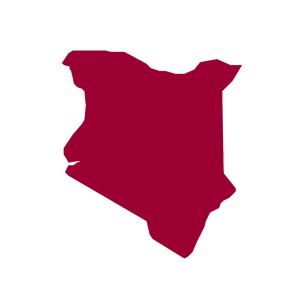 The severity of your re-entry culture shock can be affected by the length of time you were away and how connected you were to the local culture while you were away.

And typically, if you’ve traveled and dealt with re-entry issues before, subsequent trips become easier. As they say, it’s not your first rodeo.

Final Notes on the Phases of Culture Shock

The five phases of culture shock are typically sequential, though you may experience a glimpse of one while living in another. For example, as early as the airport you may become frustrated by the inefficiency of the customs process. Though barely in the romantic phase, you may have an episode of disillusionment.

You can also hang in long enough to enter the elusive acceptance phase, but have a trigger send you back to being disillusioned for a stint. Grrr! But hang in there. You’ll get through it—again.

When It All Comes Down To It…

In the end, I think you’ll find that the best cure for culture shock is to ask a lot of questions—in a non-judgmental way. To actively process all of the cultural differences helps you stay aware of (and in some sense in control of) your emotional and psychological responses to them.

Keep that in mind as you travel, and you should be the one telling culture shock who’s boss. With a little preparation, prayer, and perseverance, you can kick culture shock in the teeth!

What other tips do you have for crossing cultures successfully?